When it comes to climate, it’s easy to let that negativity bias run riot and turn our imagined future into one long Mad Max marathon. But so many climate solutions already exist in the here and now, and they’re ripe to be adapted into your story worlds in ways that captivate audiences and help them imagine a wide range of possible futures. The real-life story possibilities are endless: Remember the kid who was an "outlaw" to the cops, but a hero to all the people he helped after Katrina? Women in recovery in Maine started a seaweed-farming collective. Native people are powering their communities with solar. Young people are suing their governments for the right to a livable future.

Every fraction of a degree of heating we stop will save millions of lives and ecosystems. In a world where we are immersed in systems like capitalism and colonization, including solutions in our stories doesn’t mean escaping or denying reality—it’s a way to exercise our collective power. It’s a blueprint for budding action-takers. It’s a statement of who we can be when we are at our best.

Can Hollywood imagine a future—or present—where we come together to find solutions to this crisis, and even thrive? What does that world even look like?

From scaling wind farms to making buildings more efficient, greening our energy and infrastructure creates new job opportunities. Former coal, oil, and gas workers are already transitioning into these new green jobs. Partnerships are springing up between tech colleges and steel unions to create training programs for manufacturing the green tech used in electric buses. In Appalachia, new industries like green tourism are being developed and organizations like Coalfield Development are helping former coal workers enter the sustainability sector. In Iowa, farmers are leasing their land to the renewable energy sector. In Detroit’s Highland Park, the group Soulardarity started out by installing solar street lights and is now moving forward with a vision to make sure the whole neighborhood has access to cheap solar power.

There is still a lot of work to be done to create a just transition; many people’s livelihoods and identities will be shifting over the coming decades. It’s crucial that these communities feel empowered and have a sense of agency in this transition—and as storytellers, we can help them find that agency by showing them all the possibilities before them. 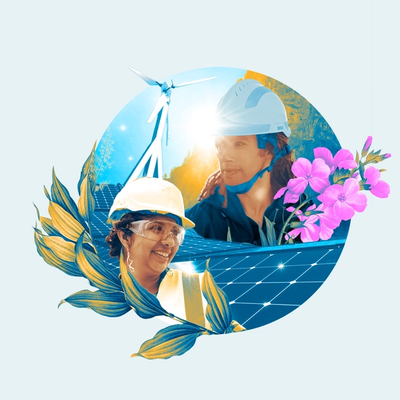 Two women start a company fixing electric vehicle charging stations around LA, and kick ass at it—but that doesn’t stop a constant barrage of men explaining things to them about electricity and cars and roads and engines and beef jerky. What can they do but start filming these interactions and go viral?

If you’re looking for a villain, privatized utility companies are a good place to start. Take Florida—the Sunshine State—where only 3 percent of the electricity comes from solar! In fact, utility companies in Florida are fighting to make it illegal for solar companies to sell to consumers.

Right now, in many states, where your electricity comes from (and how much it costs and whether it’s ready for extreme weather) is determined by a few officials and utility companies. Which sucks: local communities need to be in charge of their own power grids. The good news is, some people are already campaigning hard to make that happen. In California, Local Clean Energy Alliance is organizing to make sure people have a choice about where their energy comes from—and to give them the option to pick solar or wind. Or there’s Thunder Valley Community Development Corporation, based on the Pine Ridge Reservation, which is ensuring Lakota people have affordable homes powered by renewable energy.

They say that the first 72 hours after a climate disaster are the most crucial. That’s when we scramble to find the essentials: safety, water, and food. It’s also a time when strong bonds with neighbors are often built through sharing food and medical supplies. Take the Cajun Navy, an ad hoc group of people in Louisiana and Texas who famously took their own fishing boats to ferry people to safety after Hurricane Harvey and other storms. And you might remember how after Hurricane Sandy hit New York City, young people on bicycles organized through social media to deliver aid and groceries to the elderly or those without access to transportation. Governments aren’t going to be able to help people with every disaster, and there are already huge inequities in who gets relief, so people are finding new ways to not just recover but rebuild stronger, together. 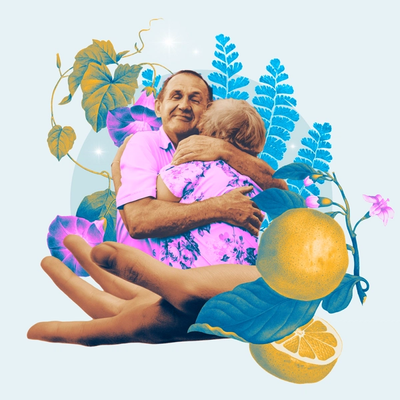 The climate crisis didn’t begin with a coal smokestack. It began with colonization, which expanded (and standardized) extractive practices like stealing Indigenous peoples’ land through force or coercion to build mines and oil fields.

As a writer, your stories can showcase characters who prioritize relationships, who don’t separate themselves from nature, and who think multiple generations ahead. 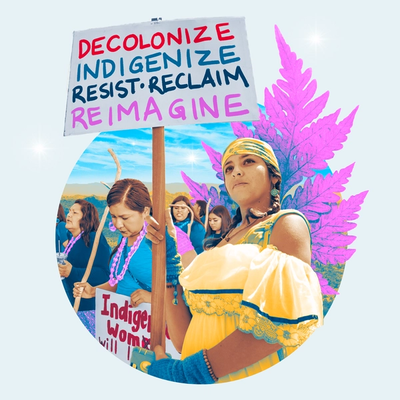 Two best friends find themselves on either end of a community fight over a stretch of forest. One boy’s grandmother is a local Indigenous leader raising money to purchase the land and return it to the tribe. The other boy’s father is a land developer who wants the area for new low-income homes. The boys have to figure out how to keep their friendship, and do what’s best for their town.

Taking a stand together

Across the country, people are fighting for a better future by organizing together to put an end to fossil fuel companies and their murderous mission. Acts of civil disobedience are being used to, for instance, stop coal ports in the Pacific—like when activists created a blockade with canoes and kayaks. Retired teacher Sharon Lavigne led a crusade to stop a massive $1.5 billion plastic plant from being built in her community along the Mississippi River. And after years of front-line organizing from STAND-LA, LA City Council voted unanimously to phase out oil and gas extraction, and to prohibit new drilling.

Taking a stand together also means voting in politicians who support legislation like the Green New Deal (case in point: Michelle Wu winning the Boston mayoral race on a climate platform). And it definitely means hitting the fossil fuel industry where it hurts, that sweet spot in their pants: their wallets. After all, who do you think bankrolls oil, coal, and gas companies, not to mention their expensive explorations and pipelines? Yep: Big Finance. That’s why communities are calling on banks to divest their funds from these companies, and why colleges, churches, and other institutions are steadily bowing to pressure to move their funds from banks with bad climate records.

Always remember: it’s not up to individual people to be resilient in the face of climate catastrophe. It’s up to society as a whole—beginning with our leaders—to create infrastructure and systems that can mitigate and protect against disasters.

An offensive, anti-woke, politically incorrect fisherman—the kind of guy who HATES Greta Thunberg and prefers his steelhead trout to his progressive grandkids—has a wake-up call when he realizes fossil fuel infrastructure is threatening the fish population. He lets his grandson (who has the audacity to be bisexual) drag him to an oil-spill cleanup, then starts talking about Big Oil at the bar and with his fishing buddies. The guys roll their eyes, but join him at the next cleanup.

One inspiring solution to both of these problems is already making waves and changing lives: the growing movement of people throwing their energy into community gardens and small-scale farms. Black farmers are buying abandoned farms in the South and making them healthy again by introducing a diversity of plants and regenerating the soil. Sustainable fisheries are popping up all around the country’s oceans. Programs to protect, manage, and restore forests, peatlands, wetlands, and coral reefs are being codesigned and co-implemented with Indigenous peoples. And there are many regenerative stories about Indigenous food sovereignty, like those shown in the documentary Gather. 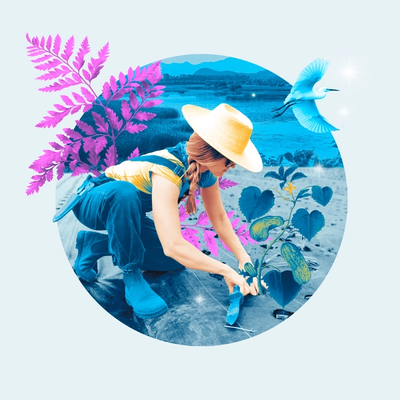 A middle-aged divorcee who lives in a food desert resolves to help her neighbors by starting a community garden, and begins developing feelings for the woman at the nursery who teaches her about plants.
Next Up

There is a lot of technological innovation happening in response to the climate crisis—but keep in mind there’s a complicated story behind each invention. So far, most have not proved scalable, and some are just downright freaky.
Related 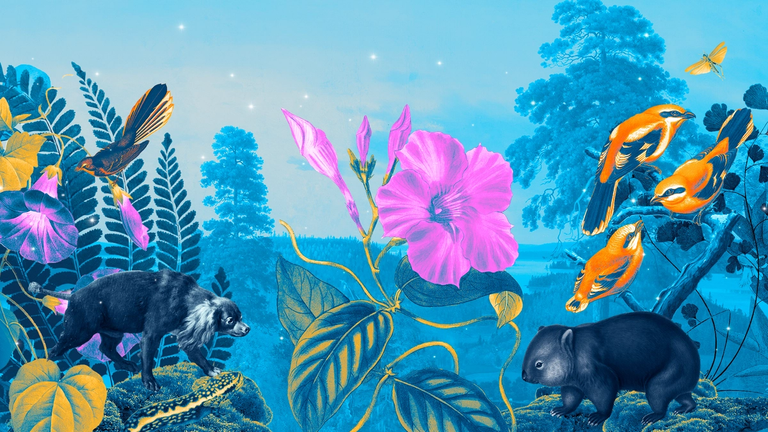 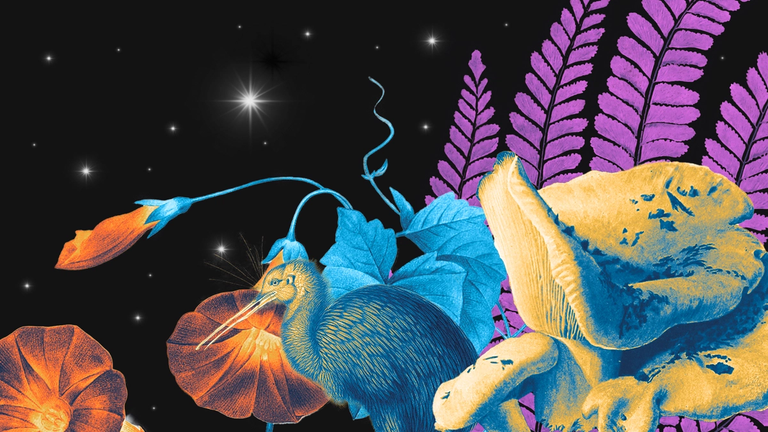 Based on a True Story: Documentaries as Story Fodder 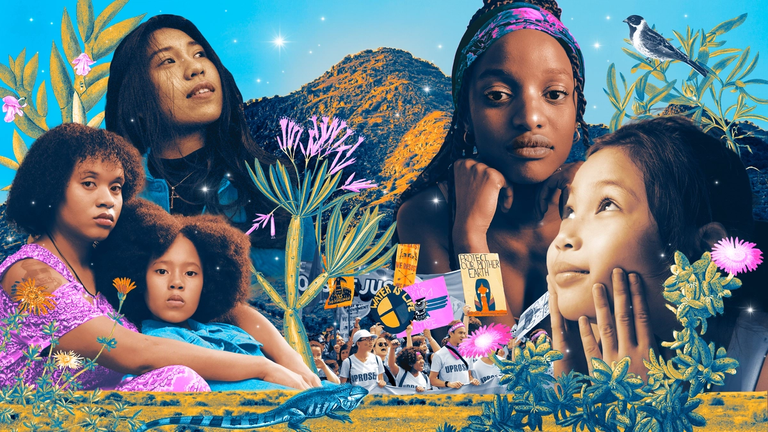 There are a million positive climate future stories to tell, and they needn’t involve grand utopias.