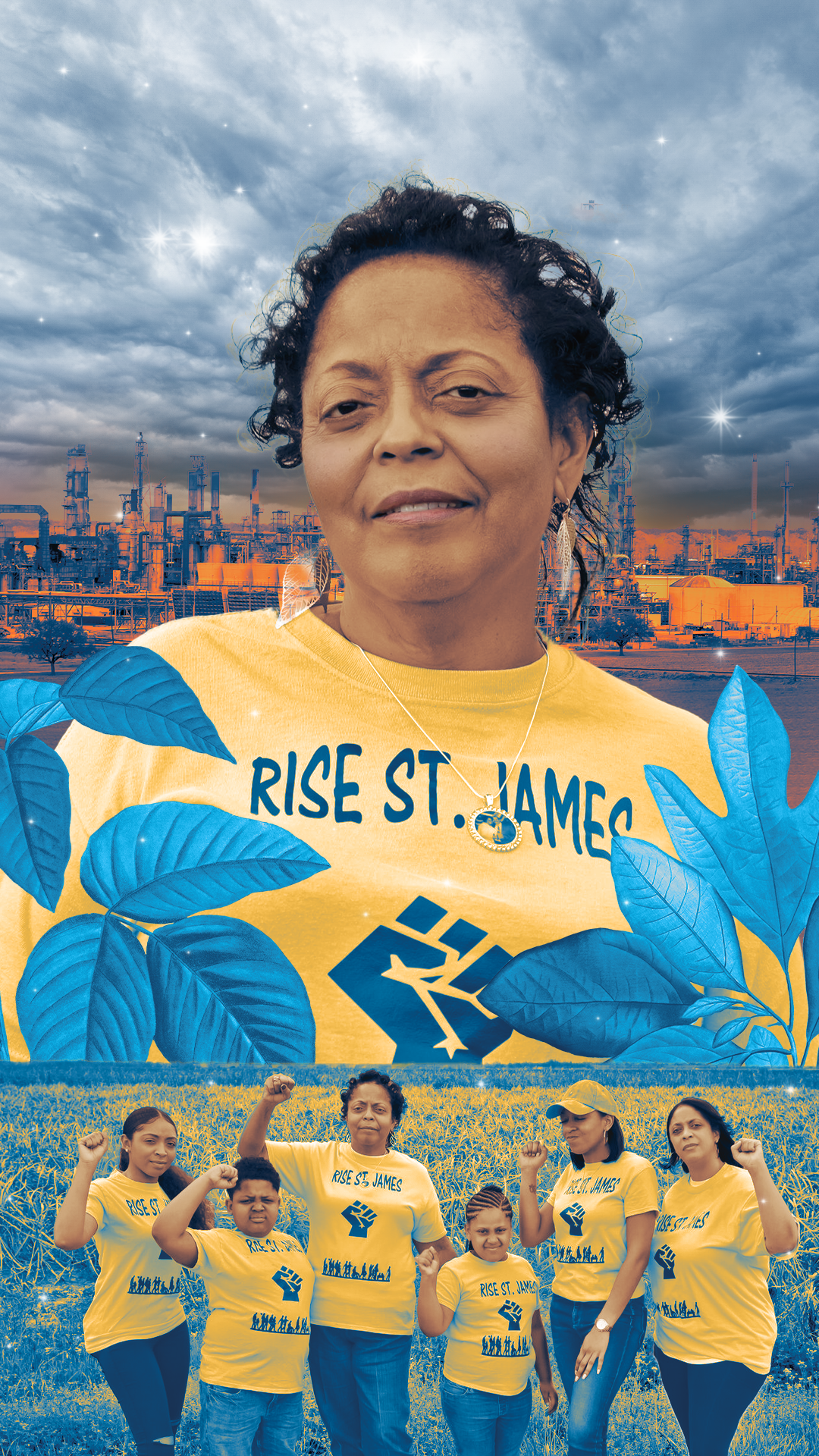 To grow up in St. James Parish—or “Cancer Alley,” as it’s known locally—is to grow up among billows of greasy black smoke and the hum of ever-burning furnaces.

As a kid, Sharon rode her bike past the petrochemical factories clustered on this stretch of the Mississippi, past the snaking pipelines and toxic fumes. Those plastic products they churned out ultimately ended up as nonbiodegradable trash floating right past its site of creation, a senseless waste that made Sharon furious. Her family, like most of the families who live in Cancer Alley, were poor, Black, and didn't have the option of abandoning their land for somewhere less polluted.

As an adult, Sharon became a special education teacher, doing her best to redress the unfairness she saw around her. But the unfairness of the factories, and the garbage they generated while poisoning her community, never stopped stinging as she passed by the burning smokestacks every day.

When permits were issued for a new petrochemical plant to be built in St. James Parish—the biggest one yet—that was the last straw.

Sharon knew that if her town was going to fight these petrochemical giants, they had to understand the true cost of plastics manufacturing to the climate and their health, including the fact that plastic pollution in the ocean is merely the symptom of the real problem. She started running town halls and rallies to educate local people and organized a community-wide effort to put pressure on council members and the governor’s office.

Her community listened, but the authorities didn’t—which just made Sharon even angrier. They didn’t live in Cancer Alley. They didn’t breathe its poison. So they shouldn’t be able to force it on those who did. Sharon led the people of St. James Parish through the streets, protesting and alerting the media to the situation. If they wanted to build this plant, they’d have to drag Sharon off the land to do it.