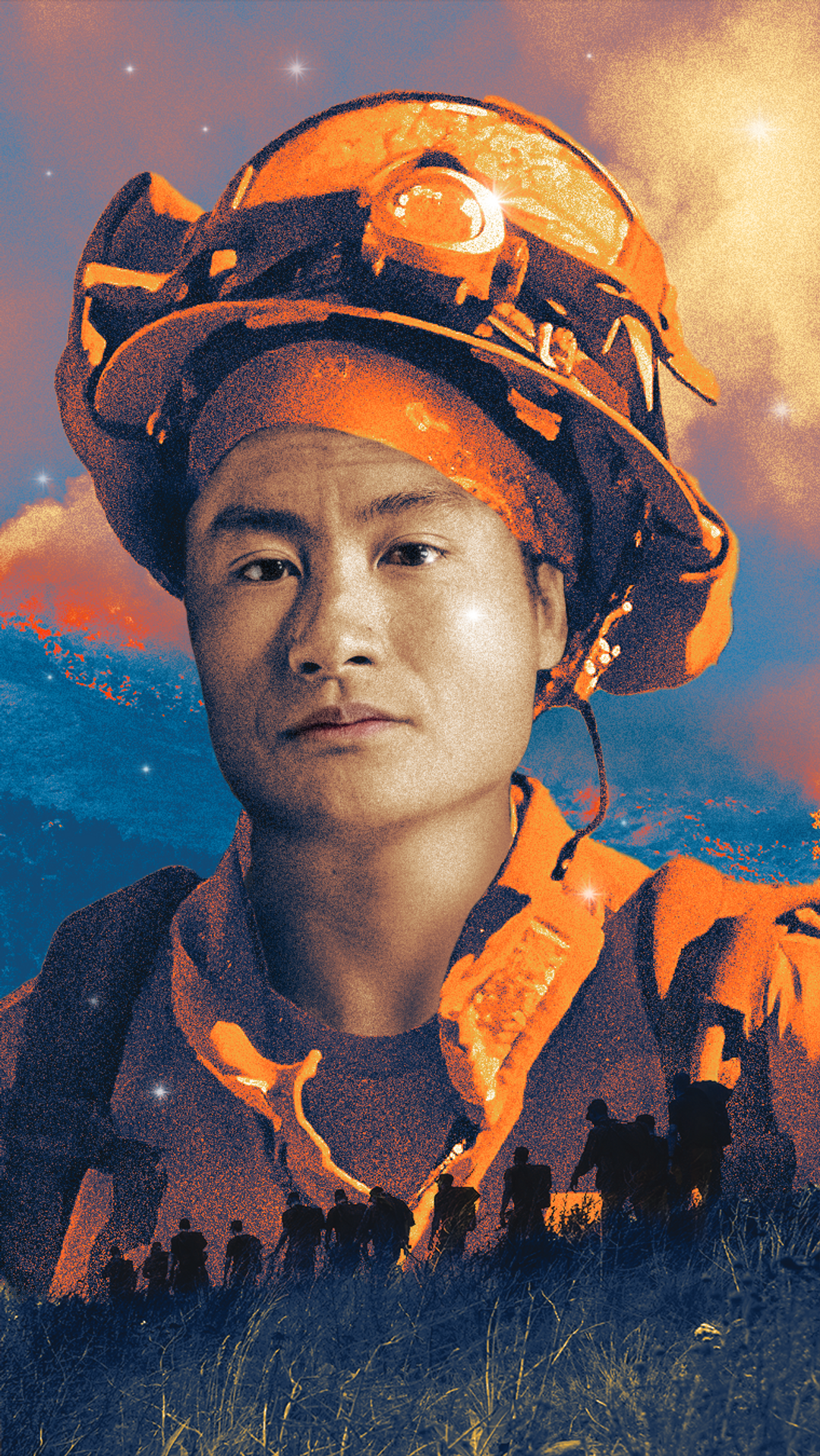 It was his state’s three-strike policy—that awful law from the nineties—that landed Ronnie in prison. (A few decades later, California law would move dramatically in the other direction—but that would be too late for Ronnie.) Three times for drinking and driving. Two of those times, just a minute from his favorite bar. He knew it was wrong to do—but he never killed anyone. He knew he had to stop—but AA never seemed to help. He started drinking after his stint in the Marines. He saw some things during the war that he couldn’t unsee. He was proud of his loyalty, of working his way up to Warrant Officer.

In prison, he keeps a low profile. He doesn’t get in anyone’s business. His family visits on occasion, but as his son and daughter grow older, they come less and less. His wife divorced him but still comes to visit every month to make sure he’s okay.

He wants more purpose in his life, like he felt in the military. So, since his state was overcome with wildfires and the fire department had a huge number of backfill vacant positions, he decides to raise his hand to serve, wearing a different uniform this time.

He learns to use the “jaws of life” to extricate people from cars, and how to rush to homes to put out blazes. But the most intense are the wildland fires. The sounds, and the air filled with black smoke, remind him of Iraq. His body shuts down—for a moment he’s not sure where, or when, he is—but he powers through. It’s grueling, dangerous manual labor. The fires get hotter and hotter, breaking record after record. He carries forty pounds of gear and a pack as he runs toward the flames. He breathes in cancer-causing soot, contaminants that firefighters have never seen before. And at the end of each month, he gets a paycheck: $56. He earns 37 cents an hour fighting blazes and saving people’s lives.

He realizes he’s always been seen as cheap labor—when he was in the Marines, and now as an incarcerated firefighter. The wildfires get crazier and more intense each year. He feels it. But still, he continues to serve. He puts on his uniform. He marches out onto the battlefield.

A young Muslim climate activist torn between followers and sanity