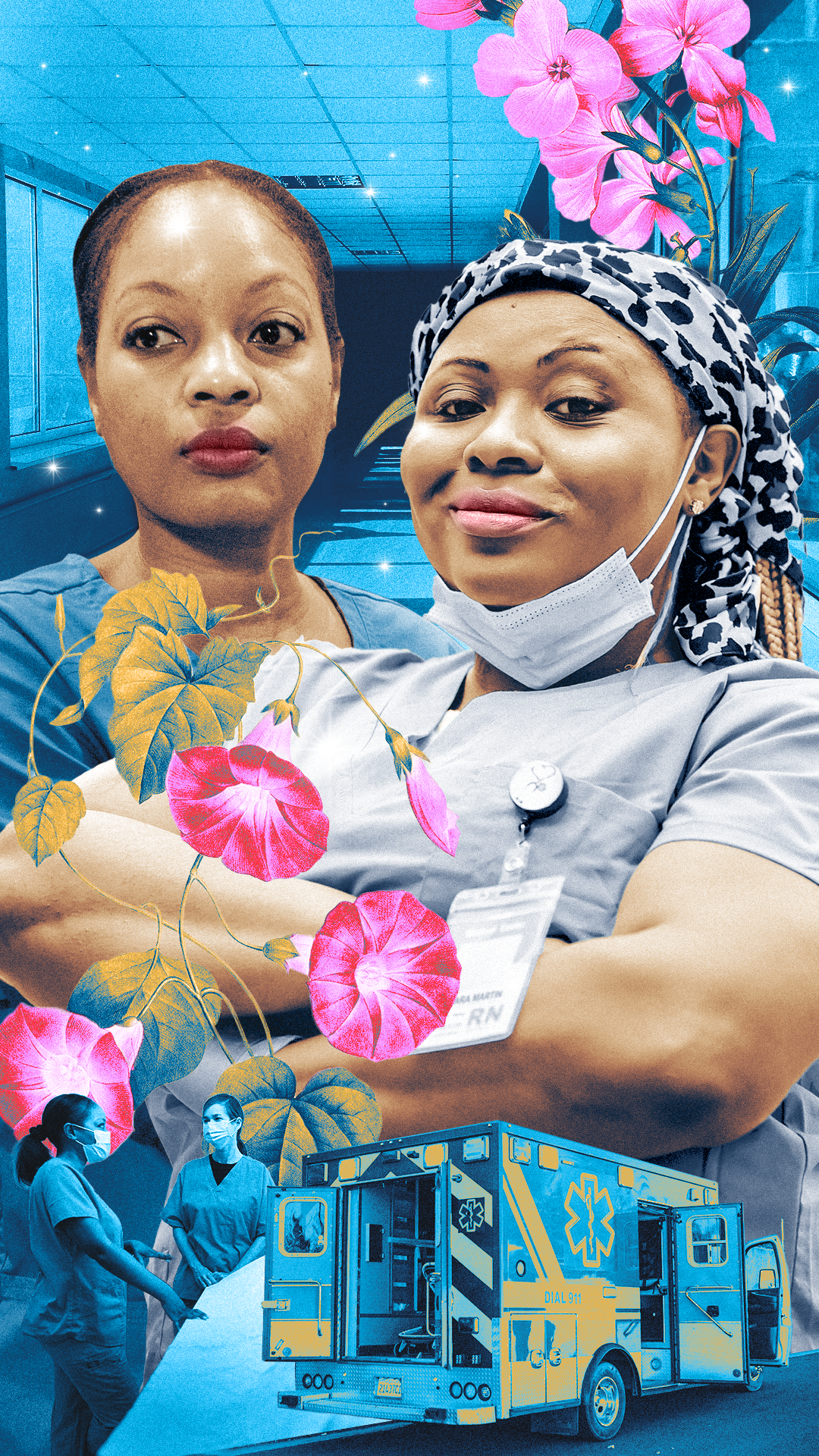 Sibling nurses, transformed by a hurricane

Karen and Barbara aren’t twins, but people assume they are. They’ve always done everything together: Barbara is older by two years and a natural leader, and Karen has spent her life right there beside her big sister. When Barbara started their nursing school’s first Black Student Union, Karen put up flyers; when Barbara left her first job to go home and care for their mother during chemo, Karen worked double shifts to make sure they had enough; and after their mother passed, when Barbara decided to take a new job in Florida, hundreds of miles away, Karen found a job at the same hospital and a nice apartment where they could split the rent.

Then the hurricane hit. It was the last of the season, the most brutal the area had seen in decades. Not only did it cause hundreds of deaths and thousands of injuries, but it flooded homes and businesses that, once drained, began to sprout toxic black mold.

Since then, all the nurses in all the local hospitals have been working themselves to the bone, sacrificing their own health in order to provide care to the victims.

And no one worked harder than Barbara. For a month, she only went home once or twice a week, to shower and grab new scrubs. She slept for one to three hours at a time, often sitting up, in stairwells or break rooms. She lived mostly on juice, coffee, and granola bars. Worried, Karen begged her to take better care of herself, but Barbara insisted that if her patients didn’t get to take a break, neither did she. And even though she saw that her sister was starving and exhausted, Karen didn’t force the issue, because it was Barbara: she always had it under control.

Until now. Barbara, half-delirious, running on coffee and Cheez-Its, accidentally administers a triple dose of pain meds to a patient recovering from surgery. The patient’s heart stops and has to be restarted with CPR, leaving them in a coma. Barbara is fired, and the patient’s family threaten to press charges. Karen’s big sister, her hero, spends all day sitting at home, staring at the wall.

So Karen, who’s always followed behind, steps up. She takes charge of organizing a sleep–eat shift schedule for the nurses. She tells administrators that if they don’t pay for more help, she’ll go to the patient’s family and the press with the truth about the nurses’ working conditions. And every night, she makes sure Barbara has eaten and bathed. Karen always used to think of her sister as a force of nature, as relentless and powerful as the hurricane itself—now she’s realizing she has power too.