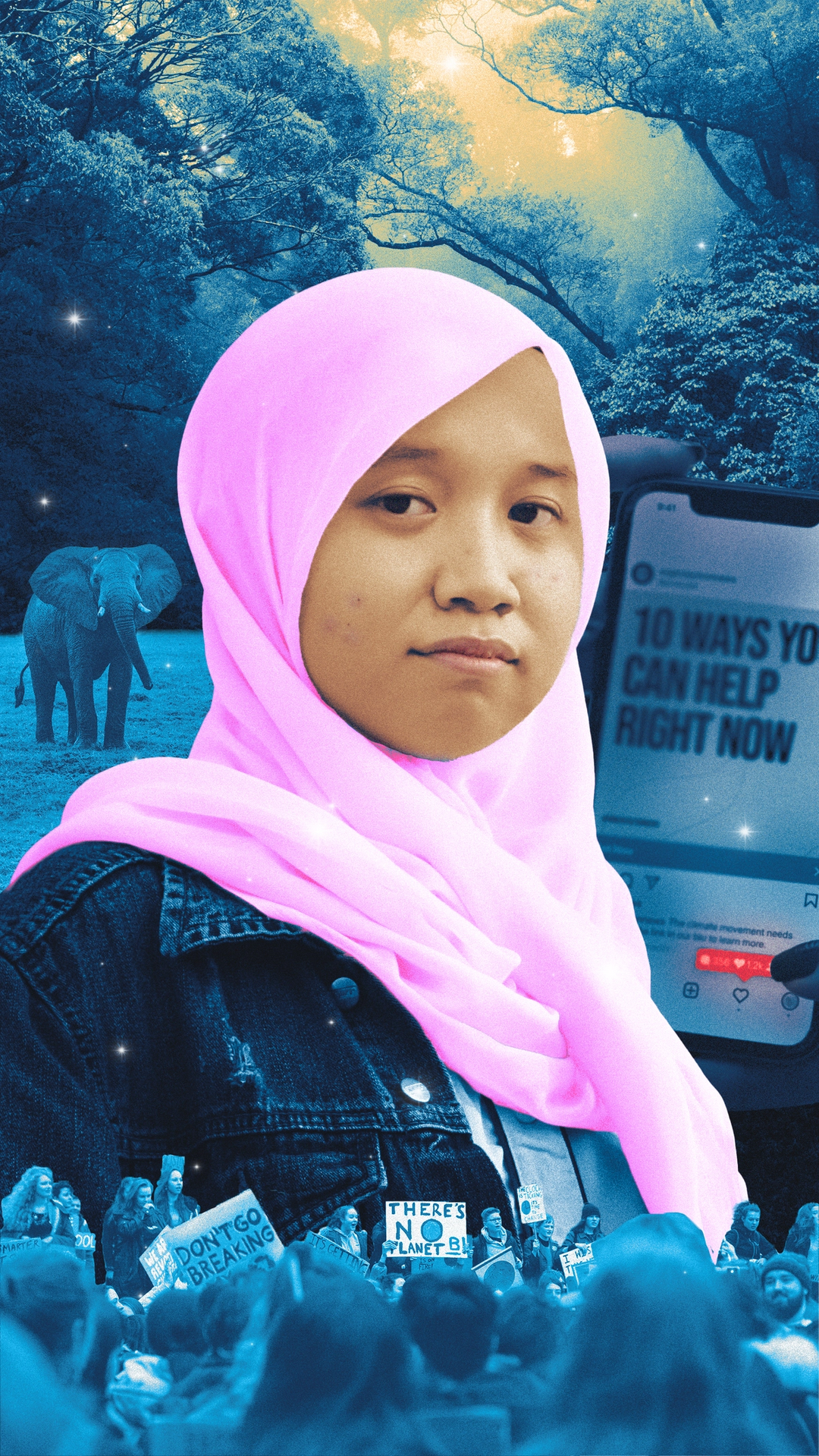 A young Muslim climate activist torn between followers and sanity

Gracie just wanted to help. It’s not like she wanted 600K TikTok followers, all of whom hold her up as their token Muslim climate activist. But now it’s like she can’t be anything else. Now Nora, her best friend, won’t even talk to her. So what if she missed her stupid birthday party? Nora’s acting like it’s more important than the environment. Anyway, Gracie’s not going to put one friend ahead of all her followers.

That first Friday rally, when she and Nora had walked out of class, they could not stop laughing at their teacher. He was furious. It was Nora who pushed her onto the stage—and the words just tumbled out, about her future, the rainforests. She was wearing her hijab, it was in all the pictures. She tried to hide it from her parents, but they always see everything. They grounded her for a week, but at least they didn’t make her delete her social media.

She liked it at first—producing content about fossil fuel companies and reusable straws. She liked being . . . special. Some followers told her she was gorgeous. At least five told her she literally saved them from killing themselves! But now it’s like she’s still grounded. She has to spend all her time in her stupid room feeding and feeding her followers.

And now she can’t even call Nora to tell her about the cyber bullies. Or how she hates her acne, and her dad, and that she misses her best friend, and the trees are dying and the elephants are dying and the planet is at stake and why is she being such a baby, she has to put on a smile and be this role model to every girl and every Muslim, and now she’s on IG Live and she’s crying and she doesn’t even know what she’s saying, she’s such a failure, so alone in front of everyone, and her heart hurts, it’s beating so fast . . .

Her mom opens the door with a mug of hot chocolate and sees Gracie breaking down in front of those strangers. She lets her mom take her phone and kiss her head, and cries as her mom begs her to just have some hot cocoa.