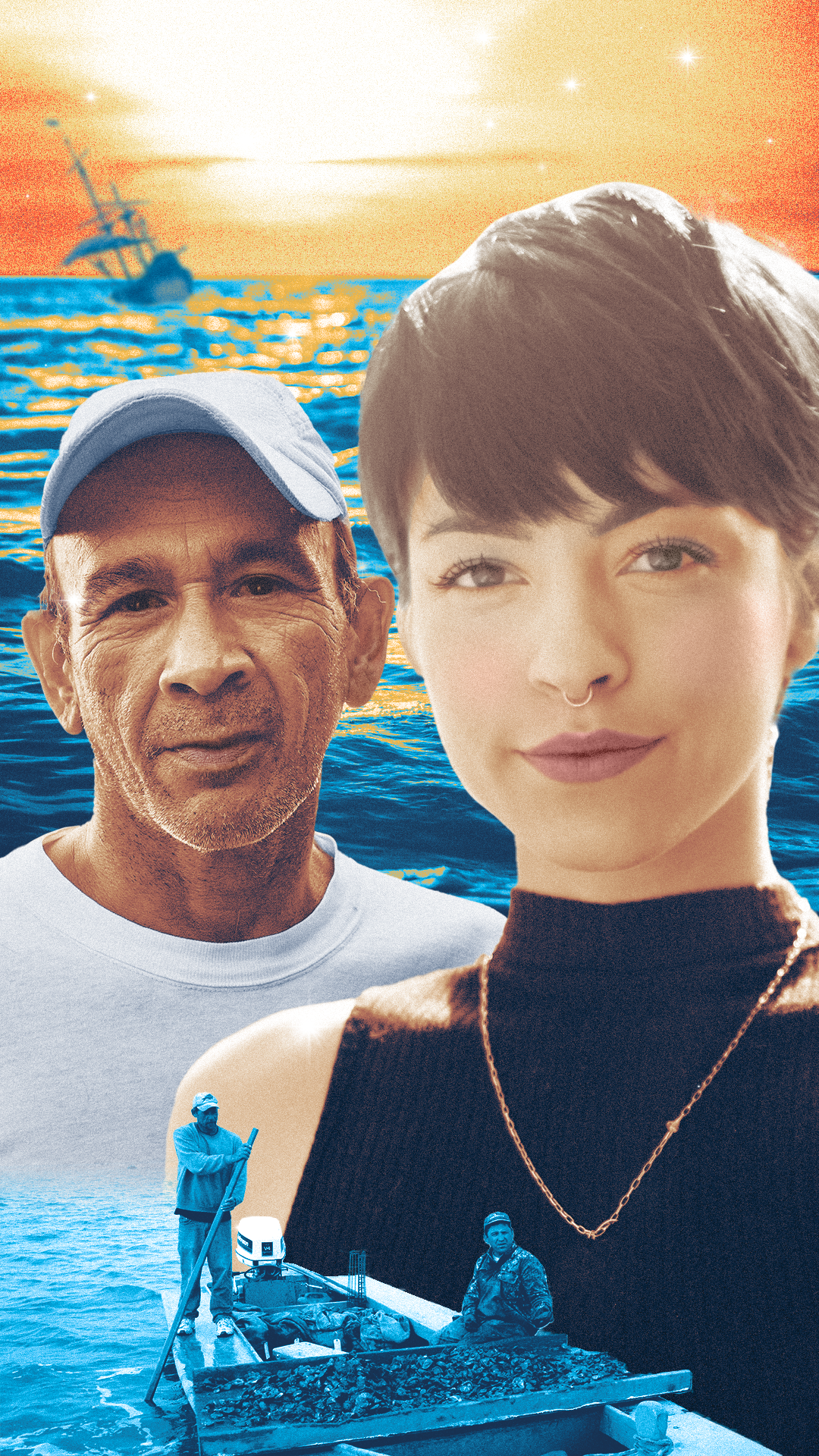 When Gerald was growing up in Florida’s Apalachicola Bay, the water was constantly dotted with hundreds of oyster boats whose crews pulled up a hefty haul. He dreamed about the day his daughter Lucy would join him on his boat, like he had joined his father. But in the last 20 years, Apalachicola Bay has become almost unrecognizable. Between oil spills in the Gulf, hurricanes that rip the bay apart, and the strangely warm tides that have been rolling in, there are just a fraction of the oysters there once were.

For her part, Lucy has never wanted to be an oyster fisherperson. She went to college on a merit scholarship, but always felt insecure next to the trust-fund kids, whose parents didn’t work on boats and smell like shellfish. When she eventually dropped out at 20, Lucy returned home, and Gerald guilted her into joining him on his boat. Now they’re one of the few boats out there, searching all day. There aren’t even other kinds of fishermen on the water—with the disintegration of the oyster shoals, fish and crabs have lost their habitats.

But Gerald refuses to give up on his family trade, losing money every year. In order to provide for herself and her father, Lucy turns to increasingly off-the-books side gigs, inadvertently becoming a successful local dominatrix who attends to all the locals’ kinkier needs. Most of these men know her father, which means they both have something on each other. Lucy starts exploring a cove for good hiding spots to conduct her business, pushing further and further into forgotten corners . . . until one day she finds the buried hull of an old ship, downed in a wreck more than a century ago—with chests full of long-lost treasure in its guts.

Lucy tells her father about her find and convinces him that they should quietly sell the loot to pay for a full-scale restoration of the bay, which could help the oyster population recover. She doesn’t tell him that her goal is for him to hire help so she’ll finally be free to leave home. What Lucy doesn’t know is that Gerald has been diagnosed with lung cancer, and hasn’t been able to afford treatment. Thinking his daughter has finally come back around to loving the cove and the work she was born to, Gerald agrees to pay for restoration instead of using the money to pay for treatment. But as his health worsens, it gets harder and harder to hide from his daughter.